Take a stand against homo – and lesbophobia!

Homophobia is supposedly outlawed in the European Union – and still gays, lesbians, bisexuals, and transgender persons are discriminated in allcountries in the EU. In many European countries Lesbian, Gay, Bisexual, and Transgender (LGBT) persons must take important precautions not to be in danger of harassment and violence, and in no European country can LGBT persons openly show their attraction and love without first having assessed and identified the area or scene as ‘safe’ or non-hostile.

The hostility and hate expressed by some political and religious leaders in Europe is unacceptable and non-compatible with defending an open society with respect for diversity, democracy, and human rights. These speeches legitimise continued and increased discrimination in schools, at work places and in politics. They feed hate-crimes and violence against LGBT persons.

The homo-lesbophobic political and religious leaders are the very same ones that promote a sexist and traditionalist notion of gender roles and deny women some of their basic rights – to decide freely over their body, their sexuality, having right to access legal abortion and family planning, and access to sexual education that acknowledges different gender identities and sexualities.

The European Women’s Lobby (EWL) strongly support the European Parliament resolution on homophobia in Europe (adopted on 26/04/07), and calls for continued action and commitment from all levels of the EU institutions. Doing away with homophobia and sexism is not only a matter of reactive and protective measures. Today there is a stark need for pro-activeness.

EWL therefore calls on all political leaders in Europe to: 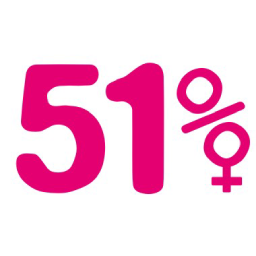